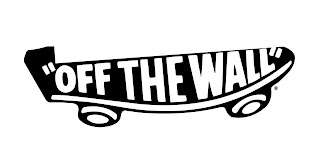 I never thought about shaving my newly brewed little mustache the day I saw them. I knew I had to go in there. I had seen these girls on so many magazines.

And because it was raining so lightly, some people sat in awe in front of that coffee shop just sipping onto their tea cups.

Those were some intimate things dude, that feeling I had you know, that they could take my visit as a visit from someone who had never seen, or even had been near this mellow sound music and art lifestyle of a place. That they would wonder about why I just didn’t have any urges to enjoy the outside balcony, you know, sit there and wait for the waitress feeling no need to be on a hurry. I guess my only hurry was to see how long would it take them to find out I didn’t belong there.

It was a weather given by the gods that day. And for me that grinded a bit of a pressure in to my attitude choices, that small tiny noise that sometimes made me stop all intentions at the vert-ramp in the skatepark, like I was really going down to hit the concrete kind of tiny noise that tells you, “You missed a posture with speed, dude, you gonna go down, jaja.” That copping noise at the top of the ramp you heard your trucks sliding but it stopped suddenly. Dude, you have no idea!

I am fourteen, and I did go in that coffee shop, and that tiny voice that sometimes speaks to me when I’m shooting the elevator drop took over again, “If anything can go well, it will.”

I opened the glass door and stepped inside the nice smelling wood deck, in front of their counter, there they were... two of them, both sooo pretty!  And one looked at me with these big blue eyes I wished I could register in to them as my hospital.

I had been hanging around for too long at the parking lot, and then I heard the

M. C. calling the skaters in my round.

I settled my stare at the reality of the event. The crowd, the tents and green grass around the course, the competitors sharing thoughts with each other about their postures. Sounds of tail tabs and missed boards crashing on ramps and walls.

Clock wasn’t running on me yet, I realized, while competitors cruised the course seeming to look like forest creatures that stopped and started their ways. They were warming up inside that gap between rounds, very aware, and very cautious of their surrounding skaters.

A fifty-fifty grind over the rail was dismounted backside, during this wild and natural crossing of fast-trashing skaters, transferring in to a backside heel flip over the fly-box.

My ears where suddenly stalked by pleasant notes that remembered me about the sensibilities of projection and landing, I noted it was a skater girl, seemingly of the organic or yoga sort.

Disruption was upon my watery eyes right there and my heart hurted and burned like a locomotive engine when she rolled all over my moment of awe, just before my turn.

I came back to myself and thought that she must’ve had the whim to touch and be touched.

All was quiet when she landed the heel-flip. The trashing had stopped at this time, because those notes had the complicity of a harmony made up by wheels, metal and concrete, not common to the ears of the oracle that watched.

Flurried with grace and stillness, she glided very close to me, and then inflicted a sudden snap on one of her tails bubblegum’s. She had decided a long time ago that she had to go down to the floor level, flying over the ten stairs of the course. She stared at my eyes before gravity took her away to the oblivion.

I thought of my turn in the contest with flutter of heart, with thoughts about her tightening her footing and legs, so that she could stick on top her flying carpet.

My heart wasn’t strong enough to let myself see her landing, nor did I felt the fondness to focus my earing to that moment of sudden flush with the concrete. My ego had won the battle, I knew what was coming, and I felt dead! She was the girl from the coffee shop.

My turn arose with unprecedented impetus; my precious mussing had been consumed all by the sudden stop of the music.  It was my turn, and I tell you, I don’t know how, in a spark of time, my dead-self no longer felt asleep.

I guess that my heart had taken over the leadership of the physical, assuming he was a vase of glass in the process of being blown. Silence was upon me for ten seconds when suddenly I realized my name was called to go for my round.

And I just took off vertical, right off the wall. 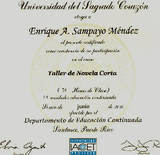